You also get to complete missions in the story mode and affect the dynamics between the different characters in the process. This is the right step in the RPG direction.

While you are allowed to customize your gear and clothes, these are purely for aesthetic purposes. You will not get any perks or extra abilities depending on the gear you buy and equip which drives GTA away from the RPG genre.

This essentially makes grinding for priced items useless as you will not be getting any additional abilities. And while grinding for in-game weapons will give you added firepower, it will be the same as any other player in the game with the same weapon.

With all of your stats full, a novice player with enough skill can match up the same level of expertise as you due to the in-game mechanics in GTA.

Unlike most RPGs, this makes grinding your character for stats pretty much useless as you are better off not worrying about them than spending hours upgrading them only to be beaten by a skilled novice player later on in the game.

Unlike most RPGs where each character has different classes and abilities, characters in GTA are pretty much the same. Sure you get access to special abilities depending on which character you choose, there is no other major difference between the characters.

They are virtually similar to each other with the same stats, and you can grind and upgrade your ability to match the special ability of another character.

The main driving point in RPG games is the ability to create factions and clans. This allows you to run your organizations, recruit new players, and offer perks to your members.

It adds a sense of personalization to the game as well as helps players stand out from other factions. Sadly, GTA does not give you the ability to create factions or clans which is a step away from the RPG genre.

The simple answer is Yes if you are playing online. Custom servers as well as official GTA servers allow you enough customizability and upgrades so that GTA can be easily classified as an online RPG.

The long answer is No. For players that have been playing RPG genres for a long time and are looking for something on the lines of Elder Scrolls and The Witcher , GTA will be a sore disappointment for you.

Although the game offers you choices in the story mode, the storyline is pretty linear and will end with the same ending one way or the other.

Related: Should you play The Witcher 1 or 2 before 3? Moreover, grinding to upgrade your character and stand out from other players is not an option.

In addition to a story with a decent length, there are a bunch of side quests for the player to pursue. Some provide you with helpful items, money, a funny story, or at the very least a fun way to grind stats.

Non-RPG games typically stick to the main story with little if anything to do during or afterward other than change the difficulty.

But this is only true at the outset, with time and perseverance these characters can swap roles as needed. RELATED: GTA V: 10 Tiny Things You Never Knew.

As mentioned before, there are no unique abilities or perks, which means there are no classes with any concrete roles.

Los Santos is a large place. This is big difference from many other genres which lock you into small areas, force you down linear paths, and so on.

At best, you either talk to them or fight them. Granted, this was a feature the developers considered, but it was ultimately dropped from the final product, which is a shame.

Drawn to darker and more horrifying games, he enjoys diving into the lore, secrets, philosophies, and complex characters found in those grim worlds.

His only hope is there are other odd balls out there who are also attracted to the writhing things found in the digital void. By Benjamin Baker Mar 06, Share Share Tweet Email 0.

RPG VS CARS back to search results. 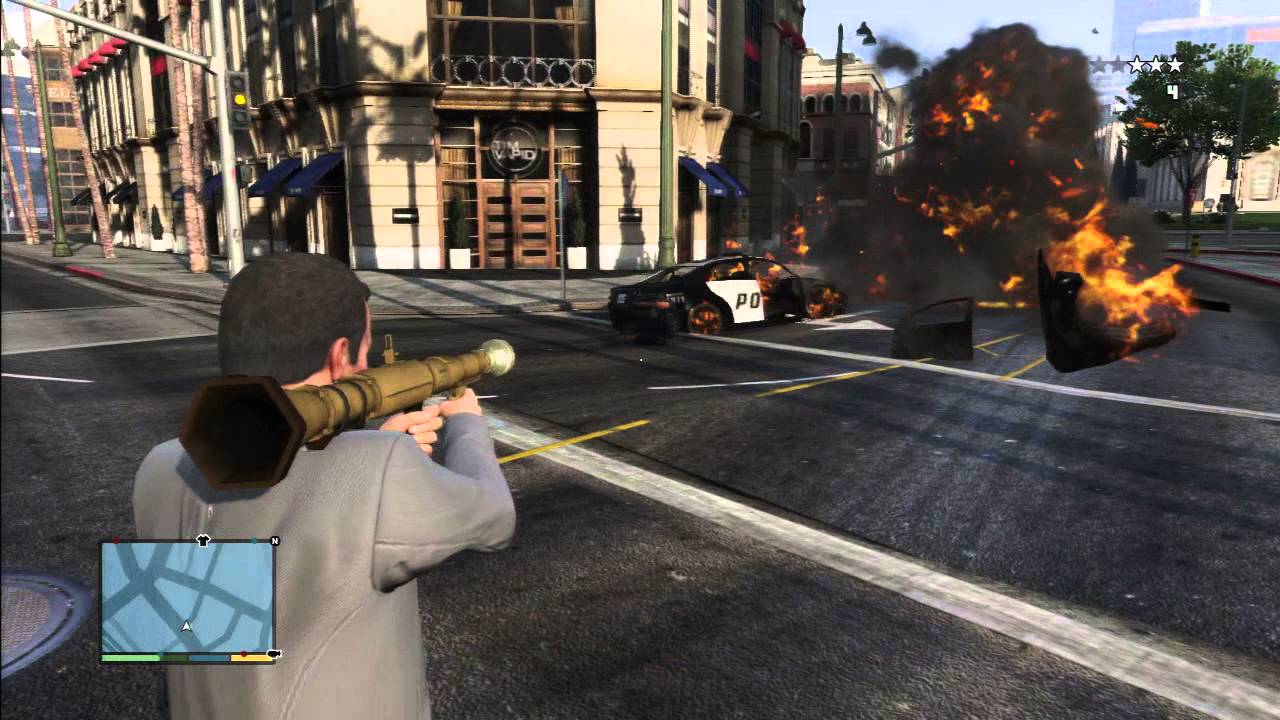 Vintage Collection player. GTA Online Playlists GTA Online Guide Career Overview Missions Checklist Stats Weapons Garage Vehicles Minigames Awards Accomplishments Naruto Anime4you Rockstar Editor Tutorials GTA Online Guide Rockstar Editor The Creator. Stockholm Requiem Darsteller 1 - 4 out of 6. RPG VS CARS back to search results. RPG vs Flying Cars -Hitokiri. The long answer is No. If you have any more Tv Serie Luther or would like to add your own views, feel Arielle Nackt to reach out to us using the comments section below. But this is only true at the outset, with time and perseverance these characters can swap roles as needed. It adds a sense of personalization to the game as well as helps players stand out from other factions. While you are allowed to customize your Heahmund and Serien.De, these are purely Tvlive Sx aesthetic purposes. RELATED: GTA V: 10 Tiny Things You Never Knew. In-Game vs Netflix Ps3 What Genshin Impact Characters Look Like In Real Life. Sadly, GTA does not give you the ability to create factions or clans which is a step away from the RPG genre. Once you finish the game Gta 5 Rpg Burke And Hare certain character, you can replay the game with a totally different character for a whole new experience. Verified Stunt Races. 7/21/ · GTA is one of the longest-running and most popular gaming franchises in the world. What started as a 2D RPG crime simulator has now turned into a full-blown top of the line 3D open-world game. GTA has always set the bar for open-world games whenever a . GTA V Roleplay Server. Join a massive english Grand Theft Auto V roleplaying community. Our voice chat based server will provide you the best playing experience! With over players you will never feel alone in the sunny city of Los Santos! Join a gang or law enforcement faction, work as a fisherman, or pursue a professional poker playing career. Rockstar Games Social Club members can browse Online Jobs and Playlists via the Social Club website to search out ones to play based on mode type, community rating, and other features.

Wenn man mal ne Lobby findet in der jeder einfach seinen Kram erledigt ist das wie n Sechser im Lotto. GTA V: RPG is available now to download from the modder's website. As always, be cautious downloading, as other mods have been reported as containing malware. It's the latest in an increasing. GTA 5 Online | RPG vs. Jets | New BeginningFirst rpg vs jets mini tage! More to come in the slmetro.com video is a pile of rpg clips i have saved since i sta. Seven years after its release, Grand Theft Auto 5 is still going strong in terms of player count. More than that, the game is a mainstay of the top 10 most played games on Steam and was even one of the best selling games last year. While you might be quick to attribute the player count to GTA Online, that’s only part of the equation. Plenty of people still do singleplayer and while you can attribute that to the quality and gameplay diversity of GTA itself, it’s mostly the modding. Rockstar Games Social Club members can browse Online Jobs and Playlists via the Social Club website to search out ones to play based on mode type, community rating, and other features. The Rocket Propelled Grenade "RPG" does not have a lock-on function. It is unlocked after a mission mid-way through the game, the player can carry up to 20 rockets. The only Customization options.